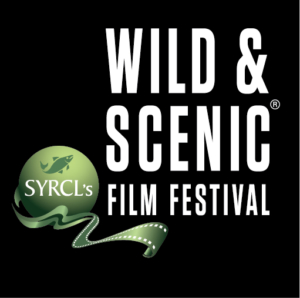 Enjoy some wilderness in the city with award-winning short films that will inform, entertain, and inspire you. It’s wildly popular!

Experience the best and brightest in environmental and adventure films that give witness to how individuals and communities across the globe are taking action.

Our appreciation to the LCCMR for recommending our project for full funding during the 2020 Legislative session through the Environment and Natural Resources Trust Fund.

Special thanks to Dakota County Forever Wild Parks for their enthusiastic support of this grant proposal, which stems from the recently implemented “turf to native pollinator garden” near the visitor center in Lebanon Hills Regional Park.  If we are fortunate to be awarded grant funding, the first site will be selected within a Dakota County regional park, and installed in Fall 2020.  From there, we look forward to collaborating with interested regional park agencies to establish nine additional gardens throughout the regional parks system starting in 2021.

Learn more about our proposal and tell us what you think at wildernessinthecity@gmail.com.  We will keep you informed as this process moves along. What will we leave the next generation:  Nature…or more built infrastructure?

Legacy of Nature:  A campaign to ensure ecosystems are restored and preserved throughout the metropolitan regional parks system, providing high quality habitat for wildlife, and year-around Nature-based opportunities to inspire the next generation of environmental stewards.

In 1974, the Metropolitan Regional Parks System was established to protect and preserve the highest quality land remaining in the metro region.  Often referred to as state parks of the metro region, the regional parks contain ecologically significant land with habitats for endangered species, fens, prairies, wetlands, woodlands and water resources.  These valuable resources are stressed and degraded throughout the system, and Parks and Trails Legacy dollars are available to support these valuable resources.

Contrary to what voters intended when they supported the 2008 Legacy Amendment, the majority of spending throughout the Metropolitan Regional Parks System has focused on increasing the built environment to the detriment of these critical Nature-based Parks.

If this trend continues, the Legacy we will leave behind is contrary to what voters and taxpayers intended.

Instead, we believe it is our responsibility to leave these place better than we found them.

Wilderness in the City is dedicated to preserving and enhancing urban natural areas for future generations of people and wildlife.  We are a 501(c)3 nonprofit organization, fully supported by donations from our members.  All donations are 100% tax-deductible.

No one can do everything, but everyone can do something!

Help support our work by becoming a member today!  Thank you for your support.

We are Wilderness in the City – dedicated to preserving and enhancing urban natural areas for future generations.

Wilderness in the City’s informative newsletters are published quarterly and include timely information on issues relative to Lebanon Hills and the regional parks system.

There are many ways to volunteer Wilderness in the City.  Depending on your interest, you can participate in a natural resources work night, volunteer to work at a community event, or attend hearings and meet with Legislators to discuss A Legacy of Nature.

Learn more about Lebanon Hills Regional Park and the controversial 2015 Master Plan, and what we are doing to help preserve the wilderness character of this beloved park, which is its greatest character.

The Metropolitan Council’s 2040 Regional Parks Policy Plan establishes criteria that regional park implementing agencies must follow in order to be eligible for funding.  Learn more about how the process works. [This section is under construction and will be available soon!]

Contact us to learn more about any issues we are working on, or if you’d like to get involved.